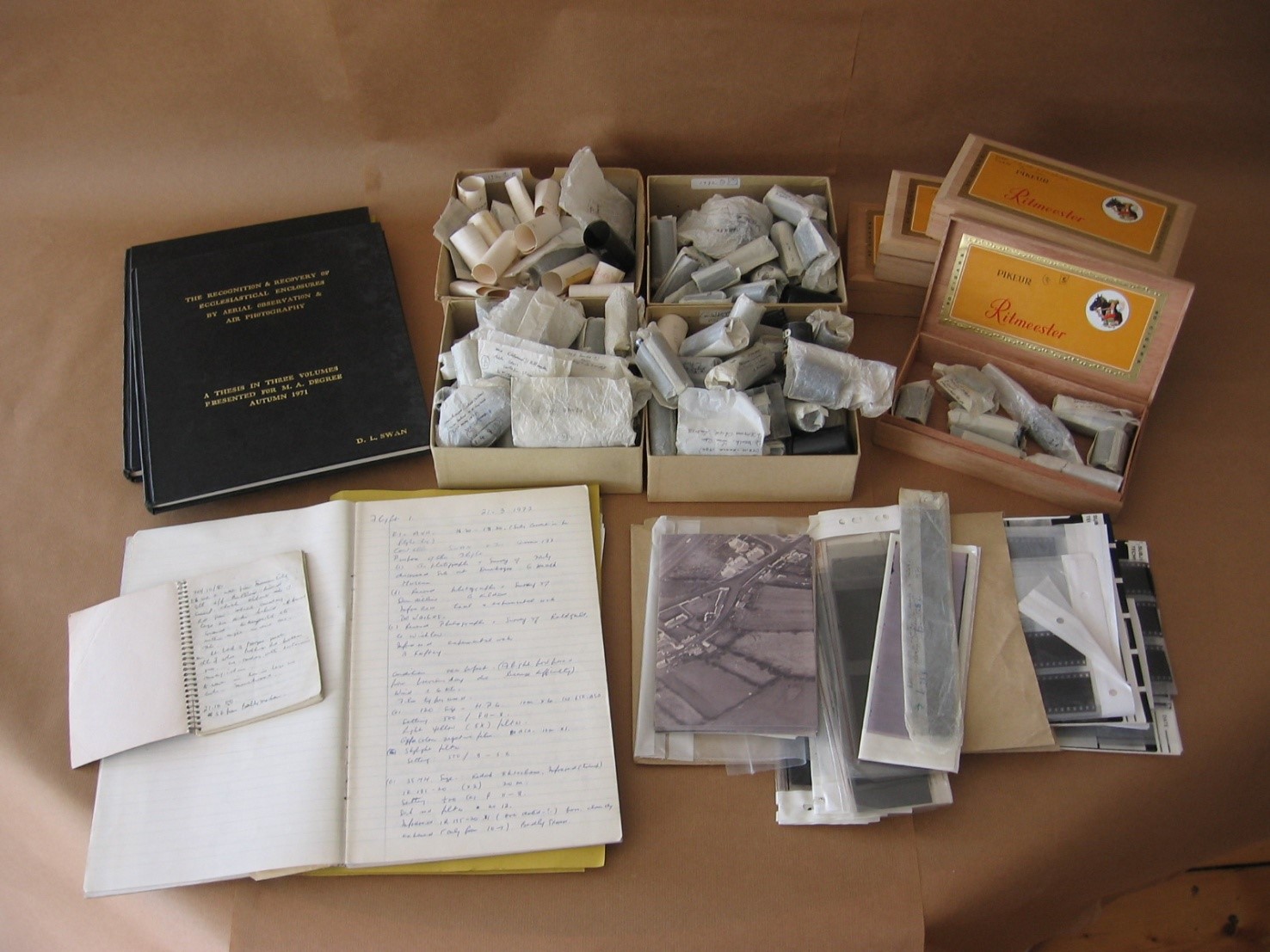 The archive project’s objective was to digitise Leo Swan’s aerial photographs and to provide access to the images online. Metadata for each of the over 6500 images has been created from Leo’s own notes and annotations, but also through extensive research by the principal investigator Katherine Daly, with assistance from Evie Monaghan. Metadata conversion, content management and web publishing was undertaken by Louise Kennedy. Bringing together rolls of film which had been cut and dispersed was crucial to identifying many of the archaeological sites and features. The physical collection was transferred to conservation grade storage during the course of the project.

The archive project was generously funded by The Heritage Council in 2011 and the Department of Arts, Heritage and the Gaeltacht in 2012.